My brush with nature deprivation 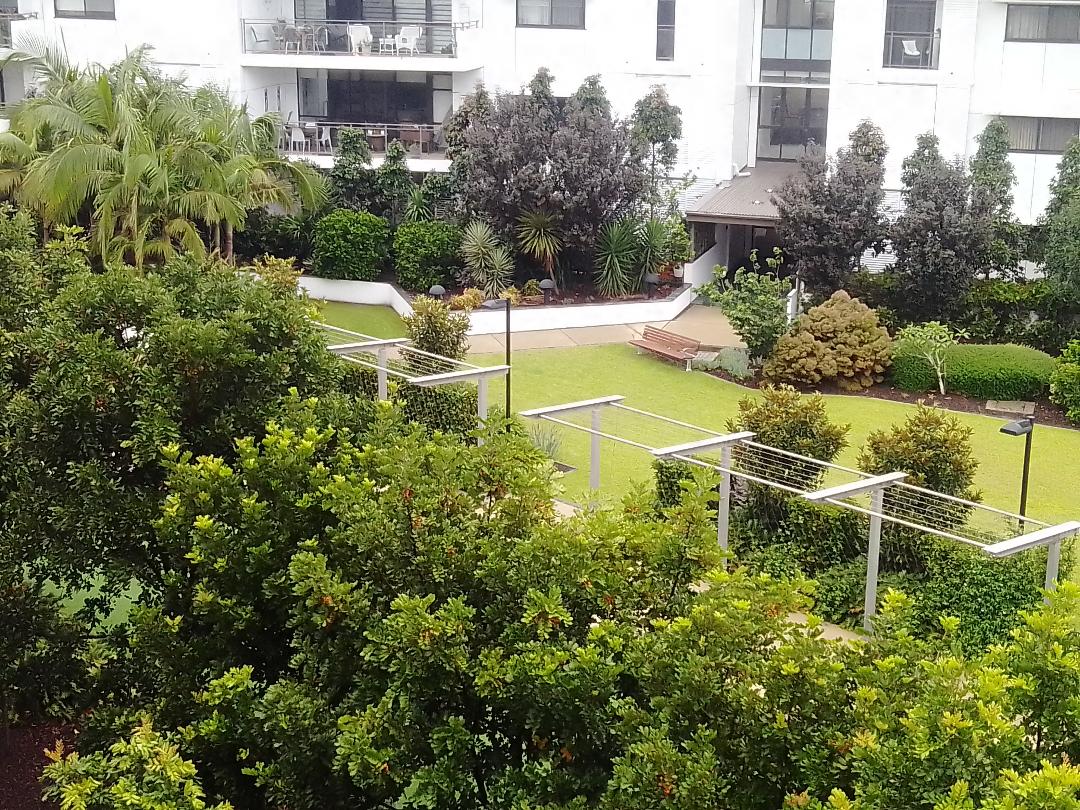 (This post supplements material in Connect with Nature, chapters 8 and 10). I recently experienced the effects of acute nature deprivation. It happened this way. For four weeks, I was confined to a hospital room battling a cluster of abdominal infections and septicaemia, triggered by cholecystitis (gall bladder inflammation).

For three of the four weeks, my body commanded my attention, but with the beginning of recovery, I became more aware of my surroundings. My room was well appointed from a medical point-of-view but sombre and sterile. It had a window that looked out onto a corrugated iron roof and a narrow sliver of sky (which was usually grey because of unseasonably rainy weather). There was no natural greenery to be seen, either outside or in the room, not even in a photo or painting.

The ‘nature-less-ness’ of my hospital world suddenly hit me. While short of a panic attack, the feeling I had was one of alarm. I felt an almost desperate need to look at a piece of nature and was distressed by the thought that there was little prospect of this happening.

I felt increasingly stressed. My mood shifted from equanimity to despondency. I retreated into myself, discouraging rather than welcoming contact with others.

Fortunately for me, my ‘episode’ did not go unnoticed even though it occurred late in the day when there were fewer interactions with staff. I suspect my blood pressure readings during that night indicated something was amiss. Anyway, early the next day I had an unscheduled, but very welcome, visit from my surgeon and several nurses.

In an impressive display of empathy and understanding, they accurately assessed my need and provided a solution. Arrangements were made for me to spend four hours a day at home. Apart from reconnecting me with the familiar, this arrangement reconnected me with the beautiful gardens in the retirement village where I live. On my third visit home, I was well enough to walk around the gardens. I was astonished at how attractive even the ‘drabbest’ pocket looked.

Just how much I benefited from the home visits I can’t say, but there were no more ‘episodes’ and my tolerance of the hospital environment and regimen improved markedly. This turnaround surely benefited my recovery.

Reflecting on the experience brought to mind Roger Ulrich’s famous study reported in the prestigious journal, Science, in 1984. Like me, the subjects in Ulrich’s study had undergone a cholecystectomy.

Ulrich came to the study not as a health scientist but as a researcher interested in environmental aesthetics and in particular the question of whether beauty affected emotional well-being and physiological stress. He turned his attention to natural beauty as he learned that most nature scenes produced positive emotional states and helped to calm stress. Aspects of his own background also spurred this interest. As a teenager, he had serious bouts of nephritis, or kidney disease. Like other kidney patients then and now, he had unpleasant experiences in gloomy, sometimes intimidating, healthcare settings. He also spent long periods at home in bed. There, however, he had a view of a big pine tree from his bed. Observing that tree, he believes, helped his emotional state.

For his landmark study, Ulrich used records of post-cholecystectomy patients treated in a suburban Pennsylvania hospital between 1972 and 1981. The layout of the hospital was such that two wards used for the patients looked out onto a small stand of trees, whereas a second similar pair of wards had windows facing a brick wall. Patients were allocated to the wards on an ad hoc or non-systematic basis. After matching patients according to such criteria as: sex, age (within 5 years), being a smoker or non-smoker, being obese or normal weight, year of surgery (within six years) and room colour, he extracted a data base for 46 subjects grouped into 23 pairs (8 males and 15 females).

The findings of this carefully designed study caused a stir when first reported and continues to be referred to. The 23 patients assigned to rooms with windows looking out on the trees had shorter postoperative hospital stays, received fewer negative evaluative comments in nurses’ notes (e.g., ‘upset and crying’; ‘needs much encouragement’), and took fewer potent analgesics.

Very similar results have since been reported by other researchers. In one well-designed experimental study, 80 patients recovering from thyroidectomy (removal of the thyroid gland) were randomly assigned to either a room with flowers and plants or a ‘control’ room without. Patients in the ‘plant’ rooms viewed 12 foliage and flowering plants during their recovery periods. Compared with the patients in the control rooms, these patients had significantly shorter hospitalizations, fewer intakes of analgesics, lower ratings of pain, anxiety, and fatigue, and more positive feelings and higher satisfaction about their rooms.

As you may expect, these results do not surprise me one little bit.

Roger Ulrich has gone on to become a leading authority on the design of health care facilities. The recipient of many awards, his work has directly impacted the design of hospitals and improved the health outcomes and safety of patients around the world. His recent work has dealt with subjects as varied as the effects of single versus multi-bed patient rooms on infection transmission, the negative impacts of hospital noise on patients and nurses, and how nature, gardens, and art can lessen pain, stress, and healthcare costs.