Worth listening to: the song of a bird 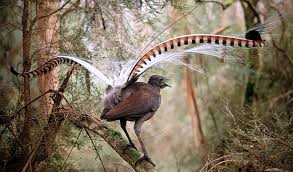 (This post supplements material in Chapter 10 of Connect with Nature by drawing attention particularly to the health and well-being impacts of nature sounds). A particular delight for me in my bush camping days way to be woken in the early morning by a ‘dawn chorus’. The Australian bush is home to many birds and come morning, especially in the spring months, it seems that almost every bird in the neighbourhood is stirred to sing – and to do so at full voice and for a relatively sustained period.

It is easy to imagine that birds sing lustily at dawn for fun and entertainment. But the reason is rather less romantic. The dawn chorus for all the pleasure it may give the human listener is basically a matter of life and death for the choristers. Birds sing at dawn and indeed at all other times to protect territory and attract mates – to survive and reproduce in other words.

The fact that, to the human ear, most birdsong is sweet-toned, enjoyable, restorative and potentially inspirational is a curious evolutionary by-product.

Birds also produce calls. Whereas bird songs tend to be melodious and complex, bird calls are simpler, shorter and less musical. The main functions of bird calls are to sound alarm and to keep contact with other birds.

But the Gang-gang cockatoo in this photo has also learned to use her call for a very different purpose – to get a couple of humans, my son-in-law, Mal, and daughter, Wendy, to do her bidding. She, along with her mate and sometimes another pair of Gang-gangs, regularly drop in on Mal and Wendy for a meal (a healthy mix of purpose-produced seed). The Gang-gangs announce their presence by perching close to Mal and Wendy’s kitchen window.

If food is not forthcoming in a reasonable time, the Gang-gang (or one of her mates) calls out, continuing to do so until a food-laden human appears. There is a curious twist to this story. While the female’s partner eats from a bowl and sometimes a hand, she eats ONLY from a hand, as in the photo.

With their ‘creaky door’ call, gang-gangs are more screechers than singers. But for another of Australia’s iconic birds, the Superb Lyrebird, the story is very different. Among the world’s most beautiful avian singers, the Superb Lyrebird is an extraordinary mimic, not only of other birds but virtually of anything, including mechanical and human sounds. Sir David Attenborough has a video of a Lyrebird mimicking a chain saw and a camera shutter.

If you click on this link, you can watch and listen to a video of a Superb Lyrebird imitating a dozen other birds. The video shows the imitated birds when their calls are being vocalised by the lyrebird. When you have finished listening, take a moment to reflect on the experience. Did you enjoy it? Did it have a soothing or calming effect?

Dr Rachel Buxton from the Department of Biology at Carleton University in Ottawa led a review of experimental studies off the psychological impact of natural sounds. The review found that birdsong reduces stress as well as evoking joy and boosting mood. In combination with other natural sounds, such as the whisper of wind in the trees or the burbling of a creek, it can make a significant impact on mental well-being and even lessen pain. Dr Buxton is not surprised by these findings. “From an evolutionary perspective, humans are hardwired to attend to signals of danger and security. And an environment that is filled with natural sounds feels safe and allows us to let our guard down,” she says.

But not all birdsong is the same or its impact alike for everyone. According to Dr Eleanor Ratcliffe, an environmental psychologist at the University of Surrey, the effectiveness of birdsong depends on several factors notably the intrinsic properties of the song – such as volume, pitch and melodious structure – and the meaning given to the song by the listener.

Dr Ratcliffe says that people like listening to bird sounds which are quiet, high frequency and melodious. But if bird sounds are loud, non-melodious, harsh and simple, people are more likely to find them unpleasant or even stressful. The harsh ‘cawing’ of a raven or crow, for example, or the screech of a white cockatoo are unlikely to be soothing or calming.

The impact of bird sound is also affected by the personality, background and experience of the person listening to it. Dr Ratcliffe reports, for example, that people with a high appreciation of nature and are more nature connected benefit most from birdsong. My many happy memories of dawn choruses enable me to associate birdsong with pleasure and mental well-being, more so than I otherwise would. And for that, I am very grateful.