Are we hunter-gatherers on steroids?

This is the fourth post in a series on my pet subject, nature connectedness. I said in the previous post that we need to be nature-connected if we are to live well and to flourish. 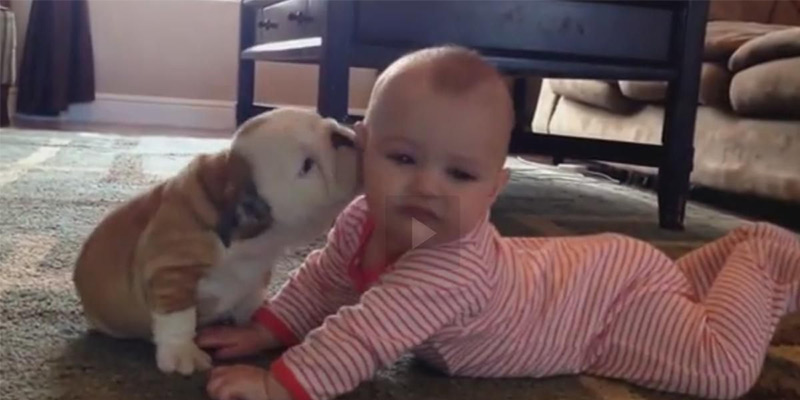 Thank you for visiting.

This is the fourth post in a series on my pet subject, nature connectedness. I said in the previous post that we need to be nature-connected if we are to live well and to flourish. We have this need even though most of us live in cities and towns. It is a need that was obviously relevant to our hunter-gatherer ancestors. They lived intimately with nature in savannah woodlands, forests and other natural or wild habitats. Our urban habitats are very different, so why is the need still part of our make-up?

The reason, quite simply, is that we and our ancestors are from the same genetic mould. As a result, we are as they were. Our bodies are the same as theirs and, more importantly, our brains are no different from theirs. Evolution shaped our ancestors to survive, thrive and reproduce in natural environments; it has crafted us for the same purpose. We may be making a fair fist of living in towns and cities, but that is not because we have evolved to do so. It is because we have brains that are very good at learning, thinking and creating. We may have relocated from the savannah to suburbia, but our genes have not had time to catch up with this radical change of address. We ‘modern’ humans are still a ‘wild species’, as Charles Darwin said.

Just like our ancestors, we are drawn to nature. We are born with a disposition to find nature interesting and attractive. Our babies soon display an alertness to living things, preferring to look at animals rather than toys, for example. Harvard University biology professor, Edward O. Wilson (sometimes called the Charles Darwin of the 21st century), calls this disposition, ‘biophilia’.

Biophilia prompts us to connect with the natural world. Broadly speaking, it disposes us to love nature. Love or affection is certainly at its core, but other emotions such as pleasure, wonder, awe, exhilaration and excitement are involved as well. Negative emotions, particularly fear and disgust, are also in the mix – and for good reason. The negative emotions are an aspect of biophilia referred to as biophobia. This is a necessary aspect that helps us avoid natural hazards such as snakes, dark caves, heights and excrement. Biophilia encourages us to reach out to nature, while biophobia makes us vigilant and discerning in how we go about it.

Biophilia also involves abilities. Before we can be attracted to nature, we need to make sense of it, to find it meaningful. Biophilia comes with innate sensory and mental abilities that enable us to do this. There is, for example, our astonishing ability to find order, beauty and meaning in the ragged, irregular and complex shapes of nature. We do this so spontaneously and intuitively that it is easy to miss what a remarkable ability it is. It is commonly thought, for example, that beauty is in nature just waiting for us to find. The reality is different. Beauty is not ‘in’ nature but is an attribute our brains ‘give’ to natural features and phenomena. Our brains associate beauty with the things of nature that are good for us (and, correspondingly, ‘ugliness’ with what could be harmful).

Our ability to detect more than a million shades of the colours blue, green and red is another example of the way our senses and brains have evolved to cope with the bewildering complexity of nature. This ability makes detecting fruit, nuts and other foods in the greenery of vegetation a whole lot easier. And then there is our inbuilt snake detection system. We are not born with a fear of snakes but with a strong inclination to pay them close attention. This increases our readiness to learn from others how to respond to them. (This may also be the case for some other creatures, spiders for example.) The innate survival abilities of our hunter-gatherer ancestors are still with us. They are coded in our genes—our green genes, as I like to call them (hence the title of my blog, ‘Our green genes’).

But as a disposition, rather than a hard-wired instinct, biophilia doesn’t compel us to bond with nature. It is a ‘fragile trait’, says Wilson, by which he means that it must be nurtured by being ‘used’. If its promptings are ignored, it is likely to ‘switch off’. But even switched off, it remains a very important part of who we are, part of our biology, part of our genetic blueprint.

Biophilia gave our nature-dwelling ancestors the affinity or ‘oneness’ with nature on which they built their success as hunters, gatherers, naturalists, nomads, and explorers. This affinity ensured that they would learn about the natural world and how to make it their home. Biophilia also enabled them to draw from nature the stimulation and inspiration for much of their art, dance, music and spiritual beliefs and practices. Living illustrations of this can still be seen in long-surviving indigenous cultures like those of Australia’s First Nations peoples. Without biophilia, our human ancestors would have found surviving in the wild extremely difficult and developing rich and diverse cultures even more so.

Biophilia and the need for a connection with nature are two sides of the same coin. They both feed off, and serve one another. The need for nature connectedness drives biophilia; it ‘energises’ our endeavours to engage with nature. For its part, biophilia prompts us to behave in ways that meet our need for a close relationship with nature.

The fact that we are ‘biophilic beings’ with a need for a connection with nature requires us to broaden our understanding and appreciation of what it is to be human. As most of us live, work, socialise and play in urban environments, there is great pressure on us to let ourselves be defined strictly as urban creatures. That is a pressure we must resist because it leads to a seriously incomplete picture of who we are and what we can be. We must also see ourselves as creatures of the natural world.

With this view of ourselves, we cannot regard hunter-gatherer cultures, past and present, as primitive and ‘inferior’. The biophilic abilities responsible for the success of hunter-gatherers in their ‘wild’ world are the same as those that put a man on the moon. If we look hard enough and with open minds, we will see all the elements of the hunter-gather lifestyle expressed in our own. We may have largely ‘domesticated’ our hunting and gathering but hunter-gatherers we remain. We may have removed the need to hunt for animals in the wild by corralling them on farms and ranches, for example, but the end point is still the same. The same is true for gathering, only it is now called harvesting. We may think that scientific inquiry, technological innovation, and creative expression are the exclusive hallmarks of modern humanity. How wrong we would be. Humans have always been creators of knowledge, the inventors of tools and tellers of stories in word, song and art. The human brain’s extraordinary capacity to learn, investigate, think and create was resident in our ancient forbears no less than it resides in us.

Our brains have at their disposal remarkable advances in human knowledge, technology and culture. These advances have extended the range, power and impact of human capabilities, but they have not yet modified the anatomy and functioning of our brains. These are still the brains of our hunter-gatherer ancestors. The knowledge, technology and cultural ‘tools’ available to us may have amplified the power and reach of our brains—made us hunter-gatherers on steroids, you might say—but they have not changed the essence of our humanity.

Nor have these tools changed our inherent kinship with the natural world. As a species, we were, are and always will be indissociably part of that world. We cannot disregard this relationship if we are to understand fully who we are and what we are meant to be. In Stephen Kellert’s words, ‘We will never be truly healthy, satisfied, or fulfilled if we live apart and alienated from the environment from which we evolved’. For this reason, I think of connecting with nature as a mental, emotional and spiritual homecoming.

Also, for this reason, I am challenged to re-think what we ‘modernised’ humans need to learn from people who remain repositories of hunter-gatherer insights, values and wisdom. I am particularly conscious of what these people, typically members of Indigenous or First Nations societies, have to teach us about nature connectedness. The culture of Australia’s Indigenous people, for example, is founded on the belief that people and nature are created as one. Indigenous Australians feel a profound connection with nature or ‘country’. This kinship is fundamental to their identity and entire way of life. They have a holistic engagement with a physical place that is both real and symbolic. For them, all living things are interdependent so that there can be no separation of person and country, no separation of culture and nature. Variations of the same Earth-centred wisdom are taught and practised in many other indigenous cultures.

An important part of connecting with nature is tapping into this wisdom and respecting its source. It is high time that we seek to understand Indigenous people’s cultures in their own terms and not from the standpoint of colonisers. The difference between Indigenous and other people has nothing to do with evolution or levels of development. Every culture has been and always will be shaped by the world it occupies.